We run the west of Ireland’s leading Arts and Health programme as a means of improving the hospital experience for patients, staff and visitors. We believe that access to the arts promotes well-being and enhances the hospital environment. It encourages new ways of seeing and fresh dialogue – making the hospital a place of possibilities.

We work with leading artists and international arts festivals to bring high-quality arts experiences to the hospital community. Our multi-disciplinary programme of events and activities includes exhibitions, music, theatre, and poetry. We also work with our hospital colleagues to improve the physical environment through public art and integrated artworks. Our established participatory arts programme has allowed people of all ages to explore their creative potential. For patients, this can be the important reintroduction of choice and can help them to re-evaluate their abilities in the face of change. Participants find a more positive, productive use of their time in hospital, engaged in a way that distracts from worries and “makes time fly”.

Arts and Health relies on good partnerships between arts and healthcare professionals. We have worked with staff across all hospital departments to realise environmental enhancement programmes, artist residencies, and to support our participatory workshop programme. Read about one of our collaborations told from the nursing perspective of Jacinta Reade.

Initiated by a generous long-term loan of over 100 works of Modern Irish Art by John and Patricia Hunt, Galway University Hospitals set up an Arts Committee in early 2003 to develop an arts programme for University Hospital Galway and Merlin Park University Hospital. The Arts Committee evolved into Galway University Hospitals Arts Trust, officially established as a company limited by guarantee with charitable status in 2007. With the creation of Saolta University Health Care Group in 2015 we became the dedicated arts service for the largest geographic hospital group in Ireland, providing an outreach service to our sister hospitals since 2016. Relaunching as Saolta Arts in 2019, we shall support arts programming at 7 hospital sites in the counties of Galway, Mayo, Roscommon, Sligo, and Donegal with view to developing a fully inclusive Arts and Health service.

Appointed to guide artistic activity when the initial Arts Committee was set up in 2003, Margaret has led the creative direction of the organisation throughout its 16-year history.

Our Board is currently made up of the following expertise:

Olga Magliocco is a visual artist and poet based in Galway, with a background in journalism. She ran Ur Publishing Ltd. for 8 years before studying at CCAM, GMIT. Exhibiting widely, her paintings are included in private collections in Ireland, England, Germany and Canada, and her published poetry includes two Anthologies in North America. In Lethbridge, AB, she was Board member of the Canadian Mental Health Association, Campaign Coordinator with United Way of Lethbridge & District, and the MS Society. She is also a Past President of Junior Chamber Galway, a founding member of Unit 22, Artist’s Collective, current Chair of UachtarArts Group, Oughterard, and was appointed to the Saolta Arts Board in April 2019.

Mr. Mark Kane is an independent Attorney, Arbitrator, Adjudicator and Mediator.  A graduate of the Galway-Mayo Institute of Technology, Griffith College Dublin/Nottingham Trent University, University College Dublin and the Robert Gordon University. Mark, among other professional qualifications, is recognised as a Dispute Resolver and Arbitration Fellow by the Chartered Institute of Arbitrators (CIArb) and as a Mediator by the Mediators’ Institute of Ireland.  Mark has considerable experience sitting as decision maker in public law, protection of the public and regulatory matters, including through his membership of the: Fitness to Practise Committee of the Nursing and Midwifery Board of Ireland (NMBI), Preliminary Proceedings Committee of the Health and Social Care Professionals Council (CORU), Fitness to Practise Committee of the Dental Council and Professional Conduct Committee of the Pharmaceutical Society of Ireland (PSI). Beyond this he is a private company Director and Company Secretary with substantial experience in dealing with consumer complaints and dispute resolution, including in his current roles as Adjudicator & Mediator Panel Member to the Residential Tenancies Board (RTB) and ad hoc references, including in Mark’s specialisation of construction and engineering disputes.

Originally from the UK, Pete Duffy has lived in Ireland for 22 years and has been involved in the arts within Galway and beyond during this time.  He is a self-employed music producer and currently runs a boutique recording studio called The Dreams Loft and helps aspiring arts to develop their creations. Having spent a few months in hospital when he was younger, Pete is fully behind what Saolta Arts do and wants to help create a nicer environment for both staff and patients within the hospital.

From Galway, Sarah qualified in Architecture from UCD and is co-owner of Patrick McCabe Architects, a private Architectural practice based in Galway, focusing on design of the Contemporary Home. With over 30 years’ experience as an Architect, much of that in the west of Ireland, she has been involved with many building types and procurement process including HSE led building projects.  Sarah has been involved at various levels in many voluntary organisations in Galway including, Western Group of Architects, Open House Galway, BPW, Junior Chamber, Schools, and Sport Clubs reflecting her keen interest in Professional, Community and Family life in the west. Sarah is a Past Chieftain of The O’Malley Clan.

Ellen McCarthy has been a Clinical Nurse Manager in Critical Care at University Hospital Galway since 2001. She graduated at the Whittington Hospital in London. Her career has specialised in Critical Care Nursing and Management, having worked in London, Melbourne, Dublin and Galway. She has varied experiences in ICU specialities’ of Neurology/Trauma, Liver transplants, Cardiothoracic and General intensive care nursing with paediatric experience. Since 2009 she is an enthusiastic toastmaster, has a keen interest in poetry and creative writing, whilst also enjoying the challenge of sea swimming. Ellen was appointed to the Saolta Arts Board in April 2019.

Born in Inishowen, County Donegal in 1964, Seamus studied Textiles in Atlantic Technological University (ATU) in the mid 80’s. He currently lectures on the MA in Contemporary Practice, at the Centre of Creative Arts and Media, ATU. Appointed Ad Astra Scholar in Suicide Studies, School of Medicine, University College Dublin (UCD) in 2006 and was awarded a PhD for his research project Lived Lives; Materializing Stories of Suicide in 2010. Appointed The Craig Dobbin Newman Fellow in Mental Health Studies, School of Medicine UCD in 2016. Seamus was awarded two Wellcome Trust People and Society Award for Lived lives: A Pavee Perspective in 2015 and Lived Lives: From Swifts Asylum to Tory Island in 2018. He is currently the Director of the Radius Project which engages with communities within a 2km radius from Centre for Creative Arts and Media ATU.  He lives in the Burren, County Clare.

Maria Molloy is Deputy General Manager, Galway University Hospital. A graduate of Galway-Mayo Institute of Technology & Dublin Institute of Technology in Biomedical Science, with Msc from National University of Ireland, Galway.  Maria has worked in a number of Hospitals in Ireland and in the UK as a medical scientist and worked on the HSE National Antimicrobial Resistance and Infection Control team as a surveillance scientist.  Before taking on her role as DGM, she was the Laboratory Manager in GUH.  Maria also has experience in the community sector, volunteering with a local charities, Amach! LGBT+ Galway & Sexual Health West.  Within this community work, she has been involved in a number of community art projects from photography courses & exhibits, creative writing sessions, to art-themed drop-in sessions at the LGBT+ resource centre.

Deirdre Naughton is Director of Midwifery in Portiuncula University hospital since July 2019.  Deirdre is an experienced midwife having worked in many areas including practice development, clinical skills, as a clinical placement coordinator and a labour ward midwife. The practice of midwifery has long been recognised as both art and a science, which Deirdre has practised in Ireland, Scotland, Northern Ireland and Australia.

Deirdre is delighted to become a new member of the Saolta Arts Team in December 2021, having experienced first-hand the impact the arts have in the healthcare settings. It can truly cultivate a healing environment, supporting the physical, mental, and emotional recovery of patients and can be utilised successfully to communicate health and recovery information. For staff the impact is also significant and can foster a positive environment that reduces stress and improves the workplace.

Our core programme is supported by… 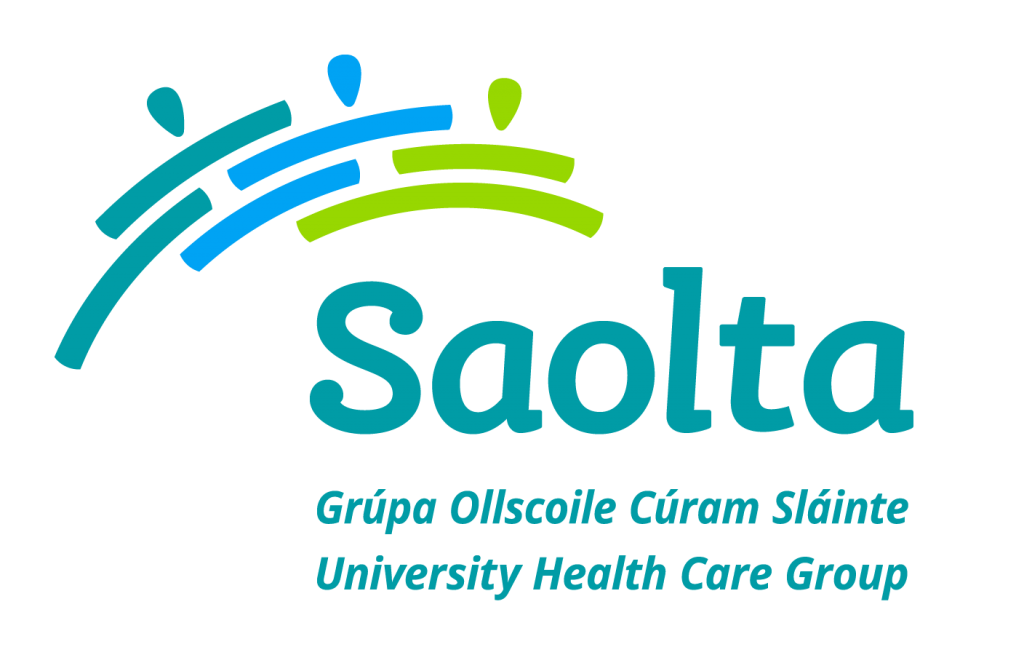 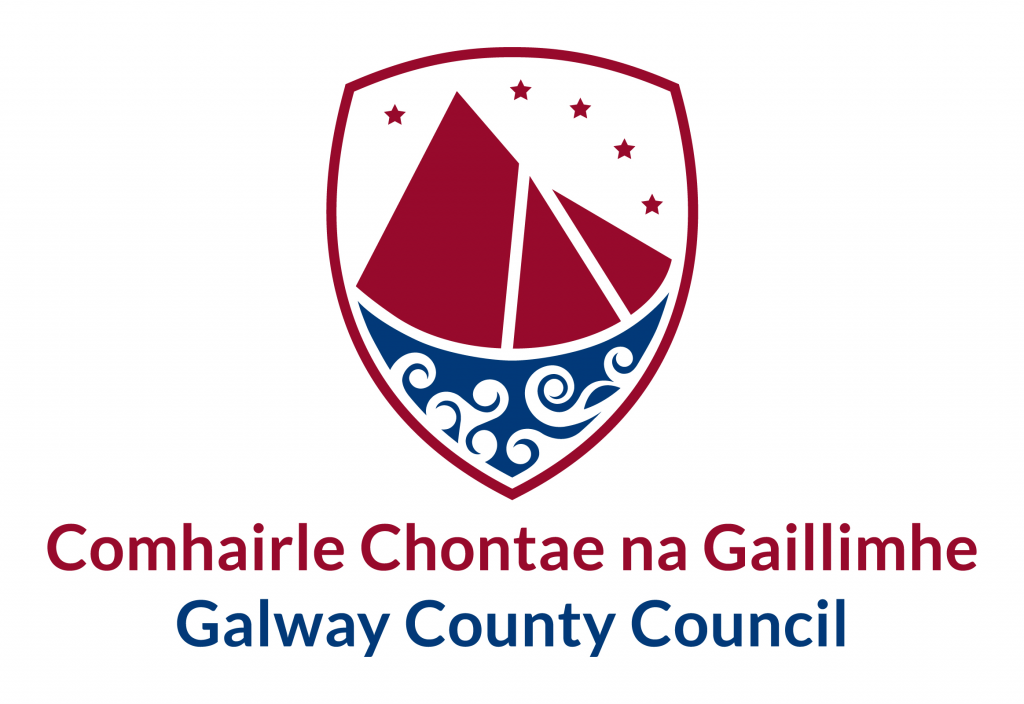 We are also grateful for project funding from…