Saolta Arts is seeking entries for its annual poetry competition

By Saolta Arts4 February 2020No Comments

Saolta Arts formerly Galway University Hospitals Arts Trust is seeking entries again for its annual poetry competition. The poetry competition is run in conjunction with the Poems For Patience series as part of Cúirt International Festival of Literature which takes place from April 20th – 25th in Galway. The closing date for the competition is Friday February 21st.

The prize as part of the annual poetry competition includes: the winner will have his/her poem published and displayed on the Arts Corridor of University Hospital Galway as part of the 2020 Poems For Patience series. Poems For Patience is a long running series which over the past decade has featured poems by leading Irish and international poets such as Seamus Heaney, Philip Schultz, Jane Hirschfield, Michael Longley, Naomi Shihab Nye, Vona Groarke, Tess Gallagher and many more. The poems, after exhibition on the Arts Corridor, are then displayed in waiting areas throughout Galway University Hospitals. The winner will also be invited to read his or her winning poem at the launch of the 2020 Poems For Patience at Cúirt International Festival of Literature in April 2020. The winner will be provided with accommodation in Galway if travelling for one night during the 2020 Cúirt International Festival of Literature. The winner will be given a copy of their poem printed and framed as a Poem for Patience poster. The winner will be asked to submit six poems for consideration to be a Featured Reader at the Over The Edge: Open Reading series in Galway City Library.

Margaret Flannery Arts Director ‘Poems For Patience is one of our long running projects as part of the arts programme. Each year we receive a high volume of entries for the competition and look forward to welcoming all new participants. Poems For Patience is a firm favourite for many patients, staff members and visitors’.

The competition judge is Kevin Higgins. He is co-organiser of Over The Edge literary events in Galway. He has published five full collections of poems: The Boy With No Face (2005), Time Gentlemen, Please (2008), Frightening New Furniture (2010), The Ghost In The Lobby (2014), & Sex and Death at Merlin Park Hospital (2019). His poems also feature in Identity Parade – New British and Irish Poets (Bloodaxe, 2010) and in The Hundred Years’ War: modern war poems (Ed Neil Astley, Bloodaxe May 2014). Kevin was satirist-in-residence with the alternative literature website The Bogman’s Cannon 2015-16. 2016 – The Selected Satires of Kevin Higgins was published by NuaScéalta in 2016. Song of Songs 2:0 – New & Selected Poems was published by Salmon in Spring 2017. Kevin is a highly experienced workshop facilitator and several of his students have gone on to achieve publication success. He has facilitated poetry workshops at Galway Arts Centre and taught Creative Writing at Galway Technical Institute for the past fifteen years. Kevin is the Creative Writing Director for the NUI Galway International Summer School and also teaches on the NUIG BA Creative Writing Connect programme. His poems have been praised by, among others, Tony Blair’s biographer John Rentoul, Observer columnist Nick Cohen, writer and activist Eamonn McCann, historian Ruth Dudley Edwards, and Sunday Independent columnist Gene Kerrigan; and have been quoted in The Daily Telegraph, The Independent, The Times (London), Hot Press magazine, The Daily Mirror and on The Vincent Browne Show. The Stinging Fly magazine has described Kevin as “likely the most widely read living poet in Ireland”. Kevin’s most recent poetry collection Sex and Death at Merlin Park Hospital was published by Salmon Poetry in June; one of the poems from which will feature in A Galway Epiphany, the final instalment of Ken Bruen’s Jack Taylor series of novels.

Criteria details include: poems entered in the competition should be no more than 32 lines long. They must be the original work of the entrant. Poems previously published in magazines or poetry collections are eligible. Multiple entries are accepted; poets can enter as many poems as they wish. Entry fees: to enter one poem the fee is €10. If you enter two or more poems the entry fee is €7.50 per poem i.e. to enter two poems it costs €15, to enter three poems €22.50 and so on. Payment should be made by cheque or postal order payable to Saolta Arts. Alternatively, for EFT contact the arts office for payment by Paypal or bank transfer. Entries should be sent by post (or via email once confirmed with arts office) to Bridget Cheasty, Arts Assistant, Saolta Arts, c/o Galway University Hospital, Newcastle Road, Galway / bridget.cheasty@hse.ie. *Do not put your name on the poems; please include your contact details on a separate sheet. This is to keep all poets anonymous during the judging process.

Please include your contact details – name, address, email address and title of poem(s) – ensure these details are on a separate page and poems are titled but do not put your name on poems. If you are emailing your entry, use the same process as above and send poem(s) as attachments. The closing date for the competition is Friday February 21st 2020. 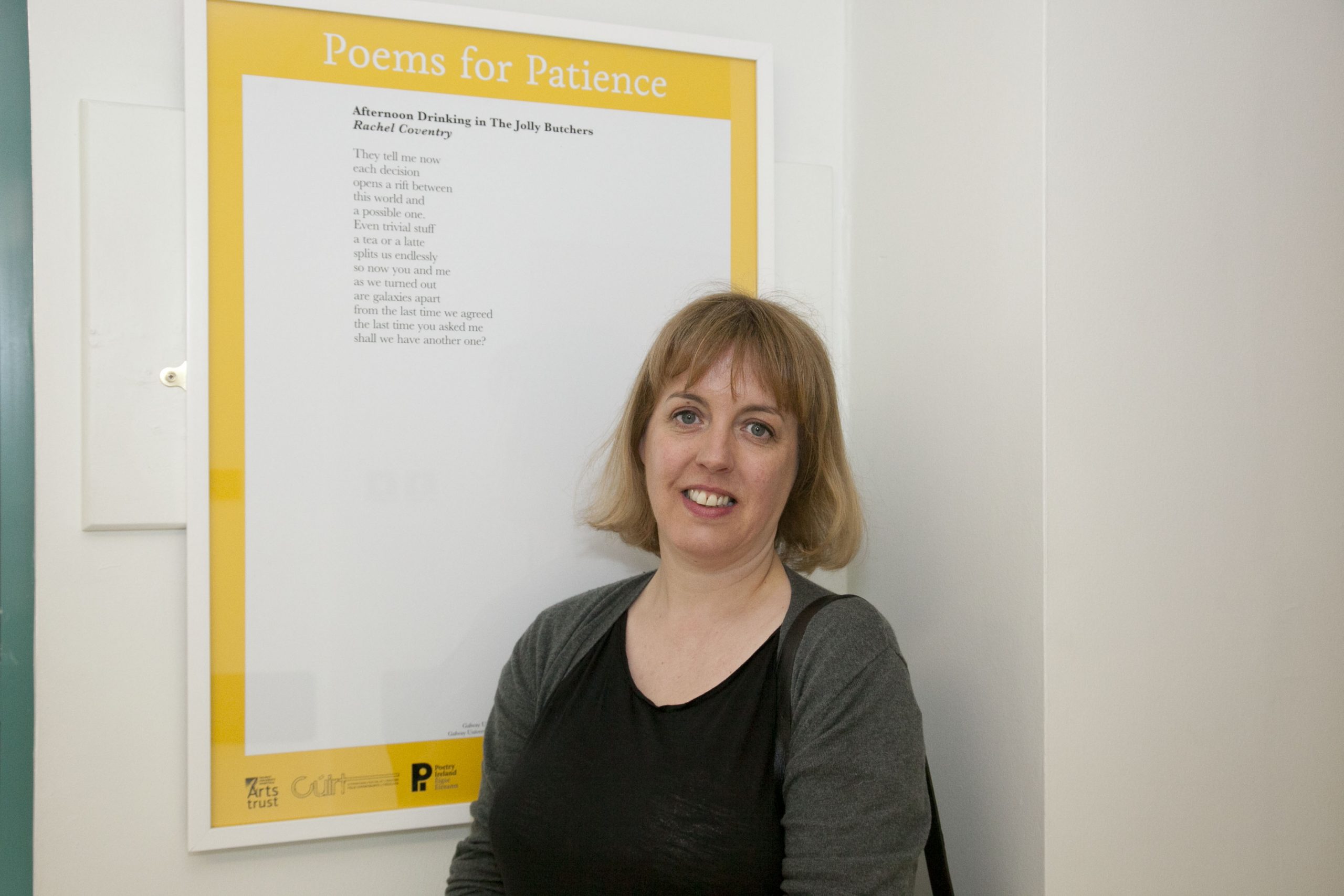